Anya and her daughter Kaitlin were referred to Welcare as victims of modern slavery and had been placed in an apartment without family or friends to help them. Welcare were asked to help Anya access befriending services, group sessions and parental support.

Anya and her daughter Kaitlin were referred to Welcare as victims of modern slavery and had been placed in an apartment without family or friends to help them. Welcare were asked to help Anya access befriending services, group sessions and parental support to maintain the health and well-being of herself and her young child.

I was going through a rough time when I started working with Welcare. When I first met my Family Support Worker (FSW) I had no desire to go out and spent all day in a one-bedroom flat with Kaitlin. I felt lost and at times despondent with little enthusiasm to interact. I was frightened of other people. Kaitlin was being particularly challenging with her eating and I needed support to play and interact with her.

We began by addressing my fears about going out and talking about the things I might like to do. My FSW showed me the benefits of going to the park and of coming to group sessions at Welcare. I could see the benefits but I needed lots of encouragement to take the first step. My FSW supported and encouraged me to go out. I might still be here and not have the courage to mingle.

Over the past couple of months I have developed a support network of friends and we now go for regular walks. Since I was having difficulty getting Kaitlin to eat and was giving her very salty and processed snacks and food and we talked about Kaitlin’s diet and my FSW gradually made suggestions about different foods she could try. I was enthusiastic about making changes to encourage Kaitlin to eat a better diet. When my FSW first arrived in the house there were fruit shoots stacked up but once I understood that fruit shoots were not good for teeth development I started to offer Kaitlin milk or water.

During visits she encouraged me to play, sing and read to Kaitlin and we discussed how important this was for Kaitlin to develop. Mine and Kaitlin’s interaction definitely improved as time went on.

I was already receiving support from Foodbank but Welcare were able to buy supermarket vouchers so I could purchase fresh produce like eggs, milk and fruit. Welcare also got us a cot mattress and bedding from another charity.

Kaitlin and I now have a support network of friends around us and I actually look forward to meeting up with them. We attend groups together, go to the park, walk and spend time in each others flats. I feel much more ok compared to then. I try and think about the good side of things.

Kaitlin is now eating a wider range of foods and I feel she has a much better diet and has the right food to develop physically. Kaitlin even loves scrambled egg and now she always asks for more.

Anya tells us what a big difference it has made having Welcare involved with her family. “You support me. I always look forward to you saying you coming. I really don’t know how to put it into words. A big massive change.” The Family Support Worker assigned to Anya has noticed a change in Anya’s demeanour – she laughs now. Anya says that she gives 10 out of 10 for how Welcare understood her life situation and the difficulties she faced and 10 out of 10 for how Welcare helped her find solutions to her problems.

When we started working with the family Anya felt she scored 2 out of 10 for her life situation. Although she knows her situation will be difficult until she hears the outcome of her asylum case she says she now gives her life situation 8 out of 10. She tells us “at the beginning I was very low. Only when I play with Kaitlin did I feel ok”.

*names have been changed

If you would like to make a difference to someone struggling in your local community please spare what you can. We couldn’t do the work we do without the valued help of our supporters. 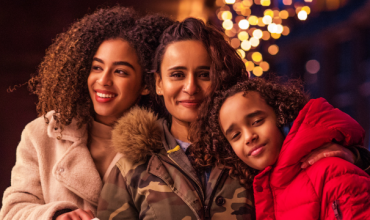 Amy and 7 of her 8 children, aged between 1 – 16, were referred to Welcare due to complex housing and financial challenges and Amy’s difficulty establishing boundaries and routines at home.
read more 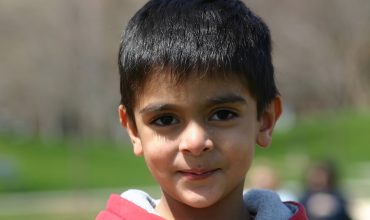 Yvonne was living with extended family in a two bedroom flat – this meant that 4 children and 4 adults were vying for space and attention. With no outdoor space and two of the children sharing a bed there was constant chaos, little structure and increasingly aggressive behaviour.
read more